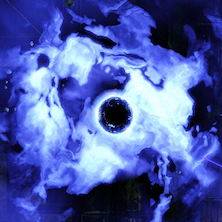 Singularity is an API and web application for running and scheduling Apache Mesos tasks — including long running processes, scheduled jobs, and one-off tasks.

It focuses on a batteries-included approach: Singularity and its components provide an entire Platform as a Service (PaaS) to end-users. It has many features which have been introduced to reduce developer friction and ensure proper operation and reliable deployment of tasks. Users may even be unfamiliar with and shielded from the details of Mesos.

For a more thorough explanation of the concepts behind Singularity and Mesos click here.

If you want to give Singularity a try, you can install docker and docker-compose to run our example cluster.

Run docker-compose pull first to get all of the needed images. Note: This may take a few minutes

Then simply run docker-compose up and it will start containers for...

...and the following UIs will be available:

if using boot2docker or another vm, replace localhost with the ip of your vm

Singularity is built and used by a number of different companies. Check out the list of adopters here.